With new advances constantly on the horizon, it’s only a matter of time before robotics achieve even greater feats of innovation.

The first is more science fiction than science, while the second is the more realistic of the two possibilities. Dr. Herbert Simon, a behavioral scientist who helped pioneer artificial intelligence, stated that, “Machines will be capable in 20 years of doing any work a man can do.” That was in 1965. It’s been over 50 years since Dr. Simon said those famous words, yet technology is still not to the point where it can do all of the things a human is capable of.

Finger dexterity, the ability to make emotional judgements and other key factors mean robotics still trail humans in their capacity to complete tasks.

The Mysteries of Artificial Intelligence

They key to unlocking the mysteries of artificial intelligence may lie in machine learning. Advanced manufacturing technology is heavily focused on machine learning. Everything from supply chain operation and product customization, to learning purchasing algorithms falls under the umbrella of machine learning.
A breakthrough in robotics came when Stefanie Tellex, a computer science professor at Brown University, collaborated with Ashutosh Saxena of Cornell University. Together they demonstrated that robots could learn from the experiences of other robots. Saxena taught her robot to lift and arrange a series of cups in a lab in California. Tellex then downloaded the data and used it to train her robot the same actions while located on the east coast. What was significant about the experiment was that both robots were physically different and learned to complete the same actions in completely separate environments.

Machine learning is far from reaching the level of artificial intelligence, but steps are being taken in that direction. Manufacturing technology is already benefiting from a variety of machine learning capabilities, including the ability to extract relationships within large data-sets in complex environments. Machine learning also helps manufacturers to reduce their cycle time while improving the efficient use of resources.

When something as complicated as robotics and artificial intelligence is on the line there’s bound to be some challenges.
Common problems associated with robotics:

One of the biggest obstacles to the widespread adoption of robotics in manufacturing is the missing element of finesse, especially as it concerns the ability to grip and pick-up objects. No robot can handle objects quite like the human hand. Our ability to judge the size, weight, texture, and fragility of an item is computed instantaneously.

Recent research suggests that robotics is progressing from learning how to manually grip items, to being able to compute the optimal grip based on data derived from 3-D shapes, visual appearance, and the physics of grasping each item. Improvements like these have definitely earned the right to be considered advanced manufacturing technologies. Benjamin Franklin, Michael Faraday and Nikola Tesla. These names are synonymous with electrical innovations and advancements that shaped the... read more 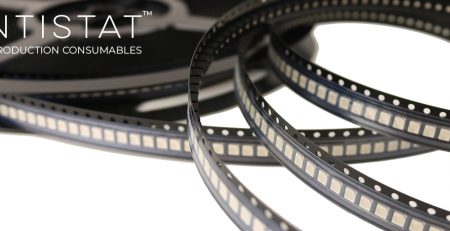 3 important changes that will shape the future of manufacturing safety

Manufacturing production in the United States has steadily decreased over the past 16 years. Starting in mid-2000, manufacturing jobs... read more Self driving cars have been a fictional staple of a progressive future for decades. Science fiction movies, TV shows,... read more

Advanced manufacturing technology is making headlines left and right. Robotics especially, are commanding a significant amount of attention. While not... read more