ESD workstation flaws are more common than you might think. Static risks arrive at your ESD workstation from a variety of sources, including incoming shipments, tools, parts, test equipment, chairs and even the clothes and shoes your workforce wears. Most of the major flaws at your workstation can be avoided by identifying three general concerns:

ESD awareness takes more than common sense; it’s a science that may not be obvious to the casual observer. Stay alert when your processes change and you’ll recognize many of the subtle ways that static charges can build.

All three of these general workplace problems are avoidable.

Subtle damage from inadequate ESD workstation practices can degrade performance and limit the lifetime of delicate electronic parts. This can have a negative impact on your company’s reputation and long-term success.

Addressing these mistakes will help improve the daily results and audit scores of your work environment.

Anything that contains plastic or vinyl, from binders to dust covers, should be approved by your safety team before being used in the ESD workstation. Audit failures are often traced back to a simple, incorrect assumption.

It takes investments of time and money to mitigate the ESD risks that sneak onto your factory floor or into your laboratory. Following safety procedures will make a huge difference. Look for habits that contaminate an ESD-safe space and address them before it’s too late.

Advances in technology can result in ever greater ESD costs. However, companies that focus on ESD safety experience yield improvements as high as 10% with excellent ROI. Industry-wide, ESD is a problem that costs businesses billions of dollars. Focusing on increased ESD workstation safety will pay off in the long run.

Pink Anti-Static Bags or ESD Shielding Bags – What’s the right choice for me?

Okay, we’ll say this only one more time… Pink Poly Anti-Static Bags are not ESD bags! The broadly-used references of... read more What to look for when choosing ESD safety shoes 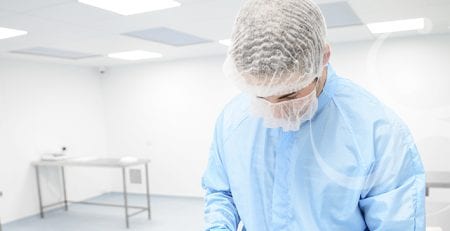 ESD training in the medical industry: what to know

ESD training is a vital aspect of maintaining safety in the healthcare industry. Health and safety requirements in the medical... read more Common misuses of ESD products – and how they hurt your company

The correct use of ESD products ensures safety for both your employees and your company’s products. Per the recommendations of... read more How to make your workspace ESD safe

Creating an ESD safe workspace is one of the best things you can do to ensure a productive, secure,... read more